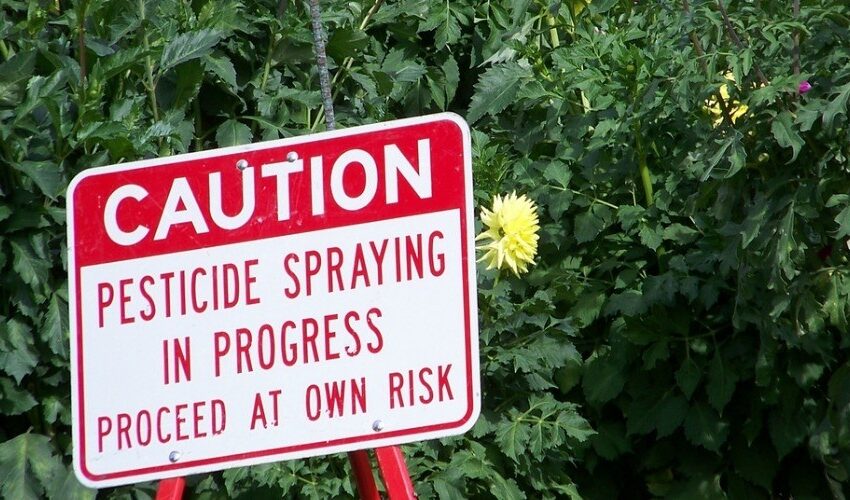 That we live on a hugely degraded, biologically impoverished planet, in which natural ecosystems are battered, abused, barely clinging on, is now emerging into public consciousness. But the corresponding rise of the superweed, and increasing vulnerability of our crop species, has yet to so register.

Here in the UK, the #StateofNature petition, backed by major campaign groups and calling for a 2030 nature target in the Environment Bill, has raced well over the 100,000 signature mark. The tumbling numbers of iconic and charismatic species, from the sparrow to the starling, have attracted considerable attention, and there’s much joy at each new small advance for nature, from beaver releases to butterfly reintroductions.

Around the world, the US is starting to recognise that it doesn’t have an endless frontier to move on to, and that much of its vast territories have been poisoned by fossil fuel industries, ground down by exploitation, including for agri-chemicals.

China is about to chair the crucial COP15 on biodiversity. Yet even here we see the crisis. The Yangtze was once as rich and verdant as the Amazon. It has lost the baiji, a beautiful graceful dolphin once worshipped as a beautiful maiden turned into a goddess. And now it is about to lose the Yangtze paddlefish, once the world’s largest freshwater fish and the softshell turtle.

Yet there’s another huge area of biological loss and damage of great importance to human existence that’s just starting to be uncovered and understood. That’s the damage done by decades of industrial agriculture to the fabric and being of the plants on which we directly depend—crops—and the environments that they live in. It is supposed to be included in the work of the Biodiversity COP, but gets little attention.

The damage to soils is moderately well-known, the figure that with current practices there are only 60 years of crops left in them is often quoted, as is the 30-40 years of fertility estimate in the UK, as quoted by Michael Gove back in those days when he was interested in the environment.

Yet what’s been anecdotally often discussed, but little documented, is the damage to the genetic basis of our current crops, and the strengthening of their rivals for water, nutrients and light, the wildflowers that we often call “weeds”.

In trials running continuously since the 1960s, the amount of crop lost to weeds has grown from a third in the 1960s up to more than a half now

In what in the age of the Covid-19 pandemic has become a sadly familiar tale, a focus in plant breeding on “efficiency” and “productivity”—selecting plants that put more energy into the seed and less into growing a good long stalk to reach up to the sunlight – has left crops struggling to compete with their wild, naturally selected fieldmates, winnowed by nature for resilience.

The nitrogen fertilisers pumped on to fields have boosted those “weeds”, designed by nature to be brilliant at grabbing what resources they can, as much, and probably more, than the crops they’re designed for.

Those “weeds”, tough beings as they are, have been doing better in the warming climate. Crops, meanwhile, are literally wilting, with the impact of heatwaves and droughts tripling across Europe in the past five decades.

Weeds too are developing growing resistance to herbicides through widespread use. Another recent study talks of an“epidemic of resistance”, with attempts to mix the type of herbicides used risks producing a general form of resistance to any herbicide, old or new, calling, as the researchers say, “into question the ubiquity of resistance management based on mixtures and combination therapies”.

This, while we’ve concentrated the gene pool of crops, and the number of crops, down to a scant few, with more than 50 percent of human calories coming from just four crops. And even outside those other significant crops, from bananas to peanuts, are incredibly, dangerously undiverse, open to sweeping destruction by disease, ill-equipped to deal with the fast-changing climate.

The diversity of cultivated crops declined by 75 percent in the 20th century, and is set to fall a further third by 2050. This is speeding up of one more great, under-recognised impact of centuries of globalisation. Cassava only arrived in sub-Saharan Africa with Portuguese sailors in the 16th century, yet has now displaced many traditional crops.

The oil palm found a comfortable place in West Africa for millennia as a important rich local foodsource, yet transplanted a few decades ago to Malaysia and Indonesia is responsible for vast destruction of valuable rainforest, of little benefit to the locals, or indeed those who consume its products as fuel, cosmetics and ultraprocessed pap foods.

A further threat comes from a trend to increase the percentage of crops that rely on pollinators, particularly bees, to set seed or fruit. That’s generally accompanied by a huge reduction in the diversity of species on the land, which is a threat to the survival of those crucial pollinators.

When I studied agricultural science in Australia three decades ago, the term landraces – not identikit plants selected for uniformity but suites of diversity fit for a range of conditions and challenges—wasn’t even mentioned. Yet now, the concept is rising up fast in farming discussions, and the Food and Agriculture Organisation stresses its importance.

Yet a search of the record of the UK parliament, Hansard, however, finds not one mention of it this century.

Industrial agriculture is clearly a dangerously failed system, the “Green Revolution” looking increasingly like a modern version of Roman salt-strewing on the once rich farmlands of Carthage.

Slowly, however, the principles of its reverse, agroecology, a system of production that seeks to develop systems where soils, crops, other plants, wildlife and nutrient flows work in harmony together, focusing on resilience and diversity – the very characteristics that we’ve so damaged.

That’s one reason why an inquiry now being run by the All Party Parliamentary Group of Agroecology, seeking to establish the practice as, in the formal terminology of the Agriculture Act, a “nature-based solution” to human and natural problems, is particularly important.

Back in Michael Gove’s agricultural days, I heard him admit that agroecological approaches received only a tiny fraction of research funding, and little’s changed – the global agri-giants have no interest in it, with no money to be made for them.

But progress is being made: innovative farmers, independent researchers, small-scale retailers are bringing back crop diversity, seeking out tough, resilient crops that grow well under agroecological conditions, and provide good nutrition for people, not just empty calories.

The government tells us, endlessly, that it wants to be world-leading. There are few more important areas of innovation than this for it to target. There can be fewer higher priorities for a government than ensuring its people can continue to get the nutrition they need for health in a flourishing environment.

Natalie Bennett is the leader of the Green party in the UK. She edited Guardian Weekly between 2007 and March 2012. She’s a veteran blogger, with her home blog being Philobiblon, covering politics, history and books, and she was the founder of the Carnival of Feminists

Read the original article at The Guardian