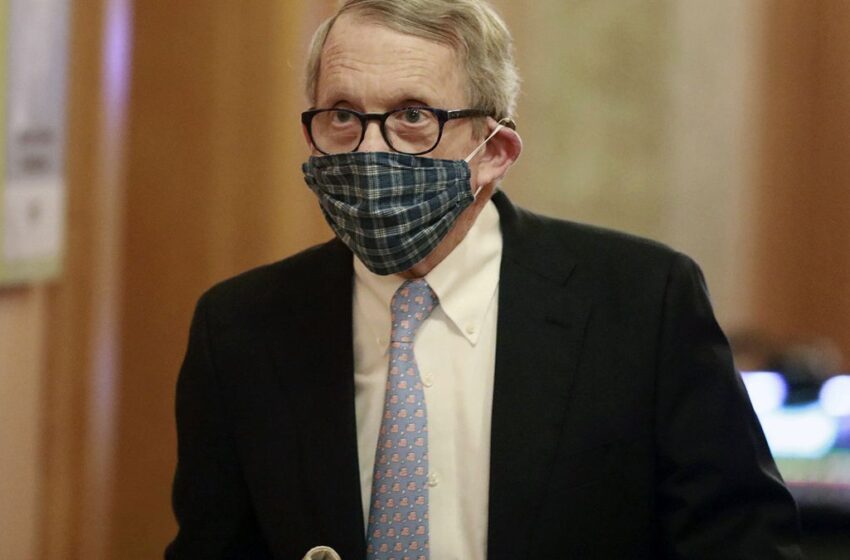 Run for (face) cover: After months of demurring over making masks mandatory, Gov. Mike DeWine announced a new health order that will require them in the seven Ohio counties that are classified as red under the state’s new coronavirus warning system. DeWine said that Ohioans weren’t initially ready to be compelled to wear a mask, but can be more accepting of the orders when they watch the dangerous spikes in Texas and Florida, Laura Hancock reports.

Urban COVID-19 centers: More than half of the coronavirus cases reported in Ohio over the last week involve residents of the state’s three largest counties – Franklin, Cuyahoga and Hamilton. All are covered by the new mask requirement. And their per capita case rates are three of the five highest in the state over this time, reports Rich Exner, who published details for each Ohio county.

From old to young: More than half of Ohio residents who reported developing coronavirus symptoms in the past three weeks are younger than 40, marking a change from earlier in the pandemic when most diagnosed cases were among older Ohioans. As Jeremy Pelzer explains, while this trend has resulted in lower coronavirus death rates, experts warn deaths are likely to rise in the future as young people transmit the disease to older and more vulnerable.

New order: Interim state health director Lance Himes on Monday signed an order indefinitely extending the state’s mass-gathering ban and social-distancing rules for a wide range of businesses. As Pelzer notes, the latest order – which you can read here – has no set end date.

Drainy-day fund: DeWine said Tuesday he expects Ohio may tap its entire $2.7 billion rainy-day fund in the coming months or years as it looks to offset lost tax revenue resulting from the coronavirus crisis. But things aren’t as bad as state officials originally feared. As Andrew Tobias reports, the state released new budget figures Tuesday that show Ohio took in $2.2 billion in tax revenue in June. That’s near state estimates, and well up from the $1.6 billion low in April. But Kim Murnieks, DeWine’s budget director, cautioned she expects spending will level off in subsequent months.

Game on: State officials said Tuesday that contact sports can resume in a few weeks, as long as teams follow certain conditions. As Tim Bielik reports, that includes testing all players and coaches prior to competition. Lt. Gov. Jon Husted said the order in part came about to allow sports camps and The Basketball Tournament, which started on Saturday, to take place in the upcoming days.

Face-off: House Speaker Larry Householder’s campaign is paying to promote a Facebook post touting the Glenford Republican’s signing of Senate Bill 55, which reduces penalties for violating public-health orders. “Governor says he will veto, a very bad move for anyone who believes that The People control THEIR government … not the other way around,” Householder wrote in the post. A mask-less Householder said he signed the bill in a restaurant over lunch. DeWine reiterated on Tuesday that he will veto the bill.

Changing of the guard: A new House bill would give state Attorney General Dave Yost jurisdiction over crimes on state grounds, including the Statehouse. House Bill 723, sponsored by Republican state Rep. Jeff LaRe, follows two recent vandalism incidents at the Statehouse. Householder has expressed his displeasure over how Columbus authorities, who currently have criminal jurisdiction in Columbus, have handled their investigations of the incidents.

PPP for ODP: The Ohio Democratic Party is among the Ohio organizations that received loans through the Payroll Protection Program, a central part of the massive federal coronavirus relief bill. As Tobias reports, ODP reported a loan worth $333,687, which a party spokeswoman said was used to help cover salary and benefits for staff during the crisis.

Borrowing businesses: Nearly 23,000 Ohio businesses and organizations received PPP loans of at least $150,000 each. Exner has created a searchable databaseso you can find which Ohio business borrowed how much, and the number of jobs each is promising to retain.

You can bet on it: Ohio’s casino and racino industry is now nearly $500 million behind where it was through the first half of 2019. And, as Exner reports, this loss in gambling revenue is not just a loss for the operators of the 11 facilities. The drop means about $160 million less to the state in fees and taxes, a good chunk of which is normally forwarded on to schools and other local governments. The 11 casinos and racinos were closed for three months before reopening in mid-June.

Prison visits resume: Visitors are or soon will be again allowed to see inmates at seven Ohio prisons for the first time since the coronavirus crisis arose in March, Pelzer writes. However, both inmates and visitors will have to follow a number of anti-coronavirus rules, including no hugs or even board game-playing.

Read the original article at cleveland.com.