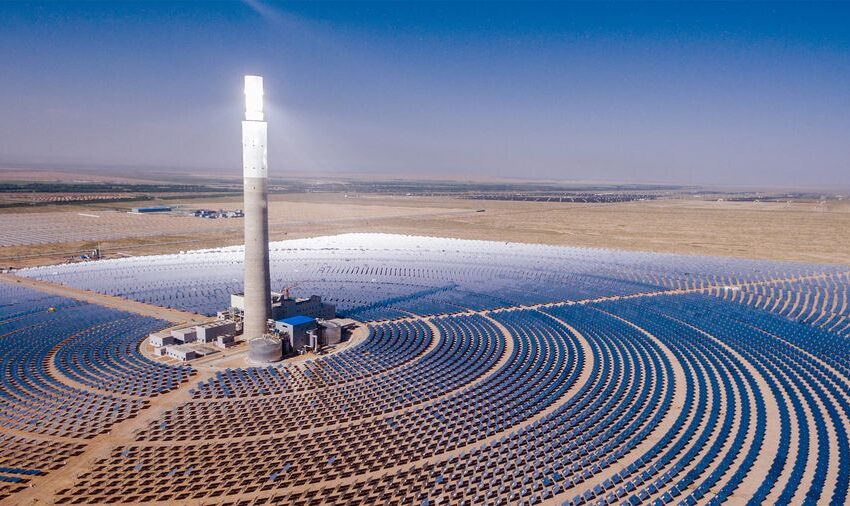 In a new report, the International Energy Agency (IEA) says solar is now the cheapest form of electricity for utility companies to build. That’s thanks to risk-reducing financial policies around the world, the agency says, and it applies to locations with both the most favorable policies and the easiest access to financing. The report underlines how important these policies are to encouraging development of renewables and other environmentally forward technologies.

Carbon Brief (CB) summarizes the annual report with a lot of key details. The World Energy Outlook 2020 “offers four ‘pathways’ to 2040, all of which see a major rise in renewables,” CB says. “The IEA’s main scenario has 43 [percent] more solar output by 2040 than it expected in 2018, partly due to detailed new analysis showing that solar power is 20 [to] 50 [percent] cheaper than thought.”GO SOLAR8 Ways to Power Your Home With Renewable Energy

The calculation depends on financing figures compared with the amount of output for solar projects. That means that at the same time panel technology gets more efficient and prices for basic panels continue to fall, investors are getting better and better financing deals. CB explains:

“Previously the IEA assumed a range of 7 [to] 8 [percent] for all technologies, varying according to each country’s stage of development. Now, the IEA has reviewed the evidence internationally and finds that for solar, the cost of capital is much lower, at 2.6 [to] 5.0 [percent] in Europe and the US, 4.4 [to] 5.5 [percent] in China and 8.8 [to] 10.0 [percent] in India.”

So the statistic “20 to 50 percent cheaper” is based on a calculus of companies building solar projects, not something that has throughput for consumers or even solar homeowners. But it’s still a big deal, because the cost to build power plants is a major part of why so much of the world has stuck with coal and gas power. With the new, lowered cost of capital, solar’s cost per megawatt has fallen almost completely below both gas and coal worldwide. (These statistical models get into some detail, but very local results are different, of course.)

If you aren’t really sure where to start, this solar panel is a failsafe option. It’s relatively budget-friendly (solar panels can get expensive fast) and it performs. It’s made of PET, EVA and monocrystalline silicon, and it’s anti-reflective and high transparency. It’s also easy to use and compact in size, making it easy to store when not needed. BEST IN LOW LIGHTDOKIO Monocrystalline Foldable Solar PanelCHECK PRICE

If you live somewhere with low light, you might be worried that solar panels aren’t for you, but these actually perform excellently in low light conditions. The high conversion efficiency 100 watt PV panel can charge 12v /24v batteries, and it comes with a portable folding suitcase. This one is easy to take on-the-go with you if you’re camping, and easy to store if you’re using it at home in case of a power outage. BEST SPLURGERenogy 300 Watt Monocrystalline Solar PanelCHECK PRICE

If you want to really go all out, you can’t go wrong with Renology’s 10-piece, 300-watt solar panels. They’re capable of withstanding high winds and snow loads, they’re anti-reflective, and extremely versatile. These are ideal for residential or commercial rooftops, but they’re compatible with a ground-mount as well. BEST FOR BEGINNERSRenogy 100 Watts 12 Volts Monocrystalline Solar Starter KitCHECK PRICE

Anyone new to solar panels should start with a good kit, like this one by Renology. You’ll get everything you need in one, including an 100W solar panel, 30A PWM negative ground charge controller, MC4 connectors, a 8Ft 10 AWG tray cable, and mounting Z brackets for an RV or boat. It can fully charge a 50Ah Battery from 50% in 3 hours.

What causes cost of capital to lower? It depends on a bunch of things, but for renewable energy, there are a few low-hanging factors. As people and companies see more successful projects like Elon Musk’s South Australia solar battery farm, their investment confidence grows.RELATED STORYElon Musk’s Battery Farm Is an Undeniable Success

The better the technology’s batting average, the more you look forward to its at-bats. And the cost of the technology itself continues to fall, meaning investors are asked to swallow at least a little smaller pill. Then, policies like tax incentives and low-cost financing sweeten the deal.

IEA’s recommendations include similar projections and calculations for all renewables as well as nuclear. Solar is well positioned to blow up in the next 10 years, the IEA says, because right now it’s in the sweet spot of low cost and increasing availability. All the pathways listed include a mix of renewables, nuclear, and shrinking coal and gas power. And while the news is very good for solar, it’s still pretty good for all the other renewables as well as nuclear, the IEA says.