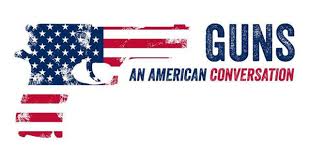 A complicated problem can’t be solved with just one approach, so Indianapolis is trying programs ranging from job skills to therapy to violence interrupters to find out what works

Indianapolis is no stranger to gun violence. The city is also trying many promising approaches to reducing violence that – if proven successful – could benefit other urban areas across the U.S.

The city’s homicide rate in 2020, at 24.4 per 100,000 residents, was approximately triple the national average, and the city’s highest on record. Approximately 80% of those homicides were perpetrated using firearms.

Gun homicides ended about 240 lives there in a recent two-year period, according to a study regarding this city of 900,000 people. The number of people who were shot but survived was far higher, and firearms account for a significant number of suicide deaths.

I’m a former police officer who has studied policies and programs that seek to prevent gun violence since the late 1990s. I have periodically partnered with Indianapolis officials and community agencies on anti-violence initiatives coordinated by the local government with many private- and nonprofit-sector partners since 2004.

Analysis of the world, from experts

Though some approaches developed in other places have worked here, and Indianapolis has implemented many programs that have been shown to make a difference elsewhere, there’s still not enough data to pinpoint which specific programs are the most effective.

But given the urgency of the problem, I believe it’s important to keep test-driving promising methods based on the information available so far. And because Indianapolis experiences many of the same gun violence issues that other medium and large cities face, what’s learned here can apply in many other places.

Indianapolis intensified its efforts to reduce gun violence in 2006, when 144 people died by homicide – up 27% from a year earlier.

That year Bart Peterson, then serving as the city’s mayor, created the Community Crime Prevention Task Force, in which I played a role. Its mission was to seek evidence-based recommendations to reduce violence.

After reviewing the relevant academic research, I identified best practices and the most promising violence-prevention strategies. The task force, in turn, made recommendations to the Indianapolis City-County Council.

The city subsequently began to increase funding for efforts to reduce gun violence in coordination with the Indianapolis Foundation, a local charity.

This private-public partnership has been supporting nonprofits engaged in several approaches to reducing gun violence ever since.

The overarching purpose of all these programs is to help the people who are the most likely to be wounded or killed by a gun to obtain services, such as job training and health care, in their communities and change norms away from gun violence to reduce that risk.

Because people killed by guns in Indianapolis are most likely to be male, young and Black, young Black men are a major focus for all the programs. Researchers have also determined that 3 in 4 gun homicide victims and suspects in the city were known to law enforcement through prior investigation, arrests or convictions. So that is another factor in terms of determining who gets these services.

Other grants from the private-public partnership in Indianapolis have funded cognitive behavioral therapy for people at risk of engaging in or being victims of gun violence. This is a method in which people get help identifying and pushing back on their negative thoughts and behaviors, making it easier to resolve disputes without resorting to violence.

The city has also partnered with several community organizations to prevent gun violence.

One such group is Recycleforce, which hires formerly incarcerated people to recycle old electronic goods. It’s among several enhanced transitional job programs that provide services and training to the recently incarcerated.

A second study used in-depth interviews to assess the program. It suggested that the peer-mentor model Recycleforce follows works well.

Like similar hospital-based programs around the country, the one based at Eskenazi helps participants develop effective life skills and connects them with community resources to reduce criminal and risky behaviors.

An initial study of the program showed that only about 3% of participants returned to the emergency department with a repeat violent injury within the first year, compared with an 8.7% rate when the program wasn’t underway. This translates to a two-thirds reduction in the likelihood that someone with a violent injury will need similar emergency medical assistance in the future.

In 2021, Indianapolis began to hire “violence interrupters” to calm contentious situations and reduce the risk of violent retaliation.

The “violence interruption” method connects people with personal ties to those most at risk of becoming involved in gun violence as victims or perpetrators.

Violence interrupters try to mediate disputes and calm things down on the streets, at parties and during funerals before any shooting starts. They have credibility with violence-prone people because of their past experiences.

The interrupters also help at-risk people to obtain services and to change gun violence norms in their communities.

Violence interruption, part of a growing public health approach to reining in violence, originated in Chicago in 2000. Now called the “cure violence model,” it has spread quickly amid generally positive research results.

Indianapolis was employing about 50 violence interrupters as of mid-2022. https://platform.twitter.com/embed/Tweet.html?dnt=false&embedId=twitter-widget-0&features=eyJ0ZndfdGltZWxpbmVfbGlzdCI6eyJidWNrZXQiOlsibGlua3RyLmVlIiwidHIuZWUiXSwidmVyc2lvbiI6bnVsbH0sInRmd190d2VldF9lZGl0X2JhY2tlbmQiOnsiYnVja2V0Ijoib24iLCJ2ZXJzaW9uIjpudWxsfSwidGZ3X3JlZnNyY19zZXNzaW9uIjp7ImJ1Y2tldCI6Im9uIiwidmVyc2lvbiI6bnVsbH0sInRmd190d2VldF9yZXN1bHRfbWlncmF0aW9uXzEzOTc5Ijp7ImJ1Y2tldCI6InR3ZWV0X3Jlc3VsdCIsInZlcnNpb24iOm51bGx9LCJ0Zndfc2Vuc2l0aXZlX21lZGlhX2ludGVyc3RpdGlhbF8xMzk2MyI6eyJidWNrZXQiOiJpbnRlcnN0aXRpYWwiLCJ2ZXJzaW9uIjpudWxsfSwidGZ3X2V4cGVyaW1lbnRzX2Nvb2tpZV9leHBpcmF0aW9uIjp7ImJ1Y2tldCI6MTIwOTYwMCwidmVyc2lvbiI6bnVsbH0sInRmd19kdXBsaWNhdGVfc2NyaWJlc190b19zZXR0aW5ncyI6eyJidWNrZXQiOiJvZmYiLCJ2ZXJzaW9uIjpudWxsfSwidGZ3X3R3ZWV0X2VkaXRfZnJvbnRlbmQiOnsiYnVja2V0Ijoib2ZmIiwidmVyc2lvbiI6bnVsbH19&frame=false&hideCard=false&hideThread=false&id=1353139788761735168&lang=en&origin=https%3A%2F%2Ftheconversation.com%2Freducing-gun-violence-a-complicated-problem-cant-be-solved-with-just-one-approach-so-indianapolis-is-trying-programs-ranging-from-job-skills-to-therapy-to-violence-interrupters-to-find-out-what-works-184823&sessionId=7c1f5aaa70020302105eaa9eda26fd6c7f0674c0&siteScreenName=ConversationUS&theme=light&widgetsVersion=31f0cdc1eaa0f%3A1660602114609&width=550px

Most of the city’s violence-prevention grants funding these efforts have been relatively small until now, ranging from US$5,000 to $325,000.

But U.S. cities, including Indianapolis, now have have until 2024 to tap into a comparatively large stream of federal funding for community-based violence intervention. That money was included in the $1.9 trillion stimulus package enacted in 2021.

Using these federal funds, the city is partnering with the Indianapolis Foundation to award grants totaling $45 million from 2022 through 2024 for local efforts to reduce gun violence.

Fortunately, Indianapolis’ homicides appear to be declining in 2022 compared with a year earlier.

As a local resident, I certainly welcome this news. But as researcher, I consider it to be too soon to tell whether this trend will continue or what the many public and private efforts to reduce gun violence underway will accomplish.