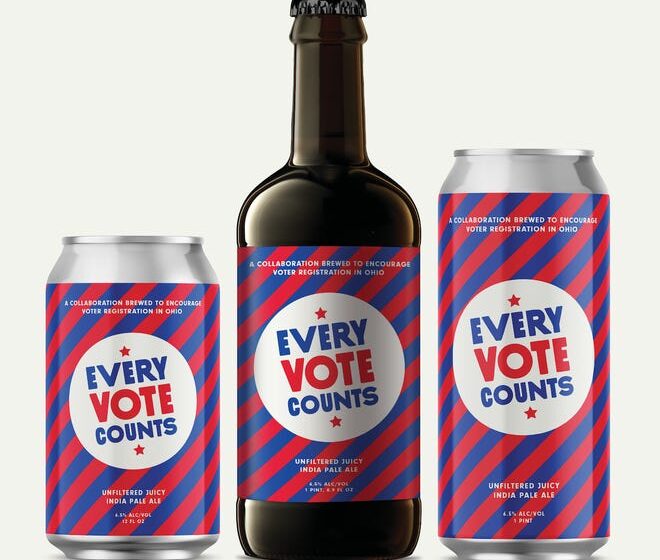 Before our lives got turned upside down by the novel coronavirus, craft beer collaborations were usually between two breweries – a sign of mutual trust and respect. By sharing the label, each brewery endorses the other, giving their respective fans a reason to try each other’s wares.

Just as with most industries, the pandemic has forced craft beer businesses to adjust to a new economic landscape. With rising costs of living and unemployment, you’d think that breweries would focus on keeping their own businesses afloat. But that’s the thing about craft beer: Breweries stand united.

We first saw it with All Together, a worldwide collaboration IPA to support hospitality professionals who had lost their livelihoods during efforts to stop the spread of COVID-19. We saw it again last month with Black is Beautiful, a worldwide collaboration stout to raise awareness for the Black Lives Matter movement. Each effort has been wildly successful – not only from the standpoint of social good, but from a business standpoint as well. I’ve seen craft beer geeks treating these collaboration beers like Pokemon, trying to catch them all.

That’s what makes Every Vote Counts so interesting to me. Announced last week and led by our city’s very own Rhinegeist Brewery, Every Vote Counts is a statewide collaboration beer to increase voter registration and election participation in Ohio. Nearly 40 Ohio breweries have already signed on to participate in the Every Vote Counts initiative. Unlike previous multi-brewery efforts, Rhinegeist is asking each participating brewery to make whatever kind of beer they want for their Every Vote Counts contribution. Seems appropriate for an election-themed beer, doesn’t it?

“We wanted to make this program as easy as possible for any brewery to participate, therefore, there is no predetermined beer recipe. Any brew works,” says Tracey Ireland, Rhinegeist’s director of marketing. “More importantly, craft breweries have deep ties to their communities, and we want to leverage those relationships to make sure everyone’s voice has the opportunity to be heard. We want to use the craft platform to raise awareness for voter registration at VoteOhio.gov, which is something that we can all get behind.”

The kicker: There’s a 40th collaborator, namely the office of the Ohio Secretary of State, our state’s top election official. That’s the first time I’ve ever heard of the craft beer industry teaming up with a state government to help get out the vote. According to Rhinegeist co-founder Bryant Goulding, the Ohio Secretary of State’s office asked Rhinegeist to lead the effort as part of its Raise a Glass to Democracy campaign. “Ohio breweries have a fantastic tradition of coming together for a good cause, and this is the latest example of that,” Goulding said. Get the Coronavirus Watch newsletter in your inbox.

Although Every Vote Counts is an Ohio effort, Rhinegeist has invited breweries from around the country to help lead voter registration and participation efforts in their own states. They’ve made the label art available at everyvotecounts.beer.

With the way the 2020 election is shaping up, each bottle and can of Every Vote Counts could very well wind up being a little piece of history. The beers are expected to be available in September, so keep your eyes open for them – otherwise, you may miss out to the collector crowd.

In keeping with the election theme, Dead Low Brewing in Cincinnati’s California neighborhood has announced that Grant Thompson has been selected to be the new leader of Dead Low’s brewing operations.

“Grant has been where we are today, gets where we’re headed and is pumped to go there with us,” said Paul Ganim, Dead Low co-founder and CEO. “His ideas and experience are a perfect match with our mission to produce excellent quality beers, seltzers and ciders – and he’s just as excited to be brewing with the Dead Low crew as we are to have him.”

Although Thompson is a Cleveland native, coming to Cincinnati is still a homecoming of sorts. Thompson’s wife hails from the Queen City.

Read the original article at Cincinnati.com.