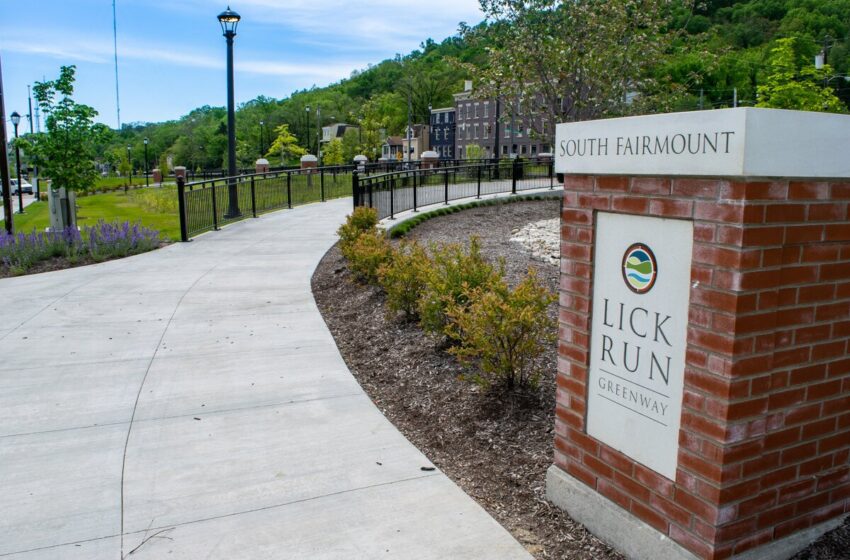 Seldom do people connect their health and that of their neighbors with the place in which they live or play, save for major impacts such as nearby industrial polluters or high crime. Residents tend to exist in their communities with little thought to how their environment affects their physical and mental health and, even less, how their own experiences may affect the lives of their children.

However, there is a growing field of research that supports the idea that things we are exposed to in our hometowns have impacts on a family’s well-being for generations. Exposures to pollution, blight, neglected greenspaces, and dumping of trash, tires, and old furniture — collectively called community trauma — effect a person’s mental and physical state. This can influence their parenting style and becomes a generational cycle of chronic diseases and behavioral disorders.

The good news is this cycle can be reversed. By removing the trauma, the generational cycle of illnesses such as asthma, heart disease, and mental illness can be interrupted and even reversed.

Today, with the help of several organizations working together in South Fairmount, the community has hope of a better future. Working in Neighborhoods (WIN) has been a partner in South Fairmount Community Council’s (SFCC) effort to mitigate dumping by pulling together a coalition of surrounding neighborhoods called the Beekman Corridor Coalition. Working with Cincinnati City Council, the Cincinnati Police Department, and Keep Cincinnati Beautiful, strides have been made in addressing community trauma shared by the communities along Beekman Street.

South Fairmount is a small community just west of downtown Cincinnati. The population of 3,300 is increasing, but it’s still a small fraction of what it used to be during its heyday in the 1950s and 60s.

While the center of the neighborhood is becoming a hub of modern, green infrastructure and biodiversity with the Lick Run Greenway stormwater project (which celebrates its grand opening today, May 18), much of the neighborhood is still plagued by community trauma, the causes mostly from outside of the area. Things like absentee landlords, dumping and littering, lack of healthy food sources, high-speed thoroughfares, and poorly-maintained pedestrian walkways place an unfair environmental burden on the residents.

Dumping from sources outside of the neighborhood has become an immense problem in South Fairmount as people and businesses unload mattresses, tires, and demolition waste in allies and on hillsides.

This environmental dilemma facing South Fairmount — and many other urban neighborhoods — is not lost on the communities that endure trauma in their daily lives. That’s why a small group of residents has made environmental justice their mission, with plans to return South Fairmount to a walkable, pedestrian-friendly, and biodiverse place that supports the health and wellbeing for residents and visitors.

The SFCC, a group of about 12 dedicated members, gets little recognition for answering the call and working with the Metropolitan Sewer District (MSD) to bring Lick Run to reality, but their work will pay off during today’s ceremony.

Jim Casey, the President of SFCC, says the group has worked diligently with MSD to make sure the Lick Run Greenway is what the community wants. He says they are now working with the City Council Neighborhood’s Committee to change the zoning in the area so they can protect the park-like environment they’ve waited so long for.

Jill Keith, a lifelong resident who can be found walking her dogs along Queen City Avenue every day, remembers when South Fairmount was a sustainable community. She is hopeful entrepreneurs will realize the value and bring some of the amenities back that have been lost over the years like, pizza carryout, a neighborhood coffee shop, a store for healthy food, and a local hardware store.

SFCC has been working with Spring in Our Steps (SiOS) to address neglected stairways that traverse the steep hills of South Fairmount. Thanks to Christian Huelsman, the Director of SiOS, the community has cleared seven stairways in the neighborhood including those leading from Beekman Street to St. Clair Heights park, a span of more than 200 steps.

Making the steps passable and clean improves the walkability and safety of the people who need them, but also encourages physical activity. Walkable neighborhoods reduce car usage and, in turn, reduce carbon emissions, one of the worst and most common environmental burdens for urban communities. These are all factors that contribute to the health of the residents.

The SFCC sees the benefits of physical activity, stormwater management, and a healthy environment free from the traumas of dumping, blight, neglected recreational spaces, and traffic. The members realize the treasure of the Lick Run Greenway, but the neighborhood stretches beyond the valley.

Jim Casey says the work in the neighborhood will continue into 2021 and beyond.

“We want the whole community to have easy access to the park by way of public passageways: sidewalks, stairs, and alleys,” says Keith. “And we need them to be clean, clear, and safe.”

If you are interested in experiencing the neighborhood or helping out with projects follow the South Fairmount Community Council’s Facebook page. All events are posted there.

Born and raised in South Fairmount, Jacquie Chischillie has taken an active role in improving the improvement of the neighborhood and the lives of its residents through Project Dragonfly, a graduate program at Miami University in partnership with the Cincinnati Zoo.

Read the original article at Soapbox