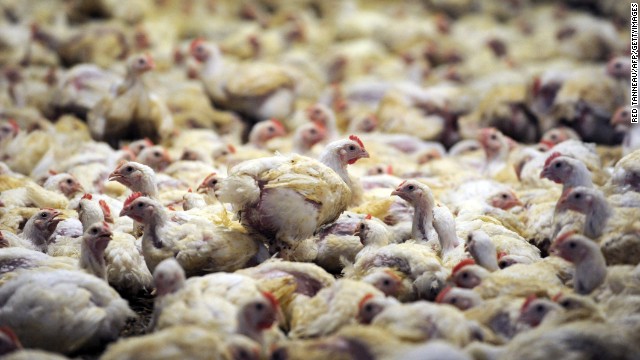 Our food system is having a moment in the spotlight. The media and the average American consumer is taking notice, for once, of the numerous weaknesses and paradoxes of a food system designed to maximize corporate profits at the expense of worker health, public health, food security, animal welfare, ecological and economic resilience. Even Tyson Foods took out a full page ad in the NY Times to point out the fact that our food supply is teetering at the edge of an abyss, but they failed to mention that it is precisely their model that pushed us there. Their extractive, unsustainable, “too big to fail” model, and others like it, are being laid bare by the coronavirus pandemic. It is only through struggles like this that we take notice, we innovate and build better models, and we demand change. If anything can give you hope right now, it is that there has never been a time in the last 40 or so years when small and independent farmers and ranchers have seen this kind of uptick in business. This is our moment.

But first, we need to talk a bit about how we got here and why our predominant food system model is built to fail. How do we have a system in which so many people are going hungry right now, yet millions of animals are being euthanized, milk dumped on the ground, and produce tilled into the ground or left unpicked? It is because we have let our system become weakened to the point of collapse. Through extreme consolidation, vertical integration, specialization, and the relentless pursuit of quantity over quality, we are left with a system that both cannot feed us nor sustain itself during environmental or economic disasters. We got a taste of that last year when a fire wiped out a single Tyson beef plant, reducing beef slaughter capacity by 6% and sending prices to beef farmers and feedlots plummeting. Now we have a similar situation, with several dozen enormous slaughter plants being off line for weeks on end, leaving gaps in the meat supply and financial ruin for way too many producers (especially contract farmers). Then taxpayers pick up the bill and bailout the big companies, while their shareholders reap the benefits (for example: JBS, the largest meat packer in the world, received ¼ of all pork bailout funds in 2019). Taxpayers also pick up the bill for any environmental pollution or get to pay for the health care of the sick employees who receive no health care from their employers. The provision of public health and food security has been largely sold off to private industry to profit from, and still the taxpayers always foot the bill. Says retired agricultural economist John Ikerd, “Ultimately we must accept health care and food security as basic human rights and develop government policies that give these rights priority over corporate profits or economic efficiency of government agencies. Only then will we have systems with the built-in redundancy and resilience to endure the inevitable shocks and disturbances of future reality.”

Mr. Ikerd goes on in a recent blog post, “Once again, however, the people are been asked to bear the economic costs of a failed food system through government assistance to those all levels in the systems—farmers, processors, distributors, and retailers. Once again, the people are enduring the inevitable hunger and deprivation of a failed food system. Actions thus far have been engineering attempts to stabilize the current food system by simply mitigating its obvious lack of built-in resilience. Little apparent thought or consideration has been given to the need to create systemic resilience by fundamentally changing or redesigning the food system as a whole. There will be other pandemic and other global disruptions of the food system in the future—of this, there is no doubt.”

Heartland writers and academics, such as Wendell Berry and John Ikerd, have been talking about this for decades, that rural America is essentially a colonized nation within a nation. We extract all of our necessary resources from it- food, timber, fossil fuels, wind energy, etc., and in return it gets paid less then it costs to produce those things, little by way of social services or educational opportunities, and gets to absorb all of the environmental costs and social ruin. Now add to that disproportionately higher rates of coronavirus infections, particularly amongst farm and food workers, many who have no health insurance. For example, in the state of South Dakota, around 50% of all coronavirus infections there have come from large-scale meat processing plants. In Iowa, one Tyson meatpacking plant in Waterloo had nearly 1/3rd of their 3,000 employees test positive for coronavirus. Yet, it’s not just meat processing. In Arizona, farming communities such as Yuma and the Navajo Nation, see much higher rates of infection than the elderly snowbird communities that Arizona is known for. Lack of health care facilities, high rates of poverty, language barriers, and higher than normal rates of chronic disease also underpin those elevated infection rates, but they are all slices of the same colonized rural America pie.

In any ecological community, diversity within species and among species is one of the most critical factors in how quickly that community bounces back after a disturbance, such as wildfire or hurricane. The very same can be said for economic systems and food systems. Diversity of scales, production techniques, business types and ownership models, and market outlets make those systems more resilient. When one business closes up, many more can take its place. There are built-in redundancies and competition helps keep prices both fair and realistic. For example, in my little community, we can procure food from a small mom & pop grocery store, from a once a week farmers market, from a couple CSA farms, or farms that sell direct from the farm. I can also order grocers to be delivered or shipped by common carrier from a wide range of farms in my region and across the country or drive to the nearest full-service grocery store. There are multiple options, scales, diverse growing systems, and many built in redundancies to procure food. I will not go hungry. To top it off, we have an emergency food supply at a network of food banks and rural pantries, many who are now buying fresh produce, nuts, grains, eggs, and meat from farmers within the state. Now contrast that with a food desert community, could be urban or rural, that perhaps just has a mini-mart or Dollar General in which to purchase their groceries. With limited or no internet, online orders are not possible either in many of these places. Not only are those single-entity systems incredibly risky, they also mostly peddle in junk food that sickens their local community.

The alternatives to the large-scale consolidated food model already exist (LocalHarvest being a huge one), and many of them are being strengthened or coming back into popularity during this pandemic. CSA farms are a perfect example. Many are reporting record increases in subscriptions and some are completely sold out for the year. Personally, I just joined a CSA for the very first time so I can make less trips to the grocery store and get a wide assortment of organic produce grown in the region by multiple farms. More farmers and ranchers are working together too, to build larger multi-farm CSAs, delivery routes, or online stores. Some restaurants are pivoting to cook food for food banks, or they are shifting into cutting meat for farmers and setting up pop-up butcher shops or mini grocery stores. The quick and creative thinking that is sprouting up all over gives me great hope. Let’s capture this momentum and rebuild our food system from the ground up with the values we hold dear. Let’s build a food system that is delicious, resilient, and equitable for all.